We decided, instead of transiting the St Lawrence Seaway all the way to Lake Ontario, we would cut across the Ottawa River to Ottawa and then down the Rideau to Lake Ontario and on the the Trent Severn Waterway. 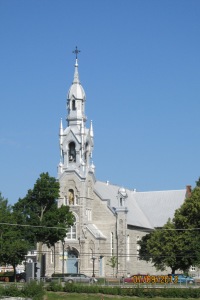 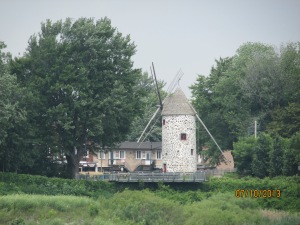 Beautiful windmill along the waterway 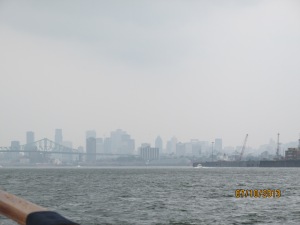 you can hardly even see the bridge we were going under

This is for Cait and Chris-o.  How do you like this rollercoaster! It is on the St Lawrence Seaway in Montreal

This is the reason we had to wait on the lock.  They won’t let pleasure crafts go thru with commercial ships.

When we entered Montreal and the beginning of the St Lawrence, we were hit with an intense thunderstorm.  Visibility was virtually zero.  We had such little room to operate, the radar was no use.  Tom put the boat close to a container ship that was tied to a dock as we waited for visibility.  We then entered the St Lawrence Seaway to lock through.  We transited two gigantic locks en route to St. Anne de Bellvue.

This is the last time Dad had on this hat.  It flew overboard as we were exiting the lock.  The lockmaster now has a wonderful hat. 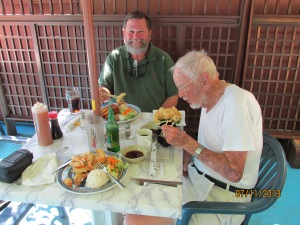 At St Anne de Bellevue we had a wonderful Japanese dinner. 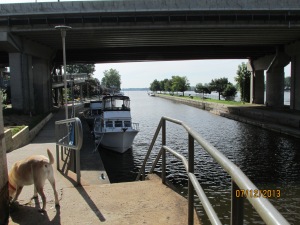 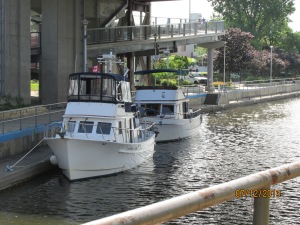 Waiting to lock thru

I thought my niece Shannon’s house was the biggest house in the world until we saw the houses along the waterway.  This is a TYPICAL house.

Carrillon Lock.  A 69 foot vertical lift.  It had floating docks to tie too.

This is our friend Arch and his daughter Kate locking thru with us. 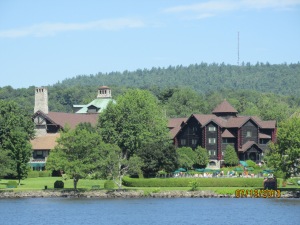 Another one of those beautiful houses

The parliament building coming in to Ottawa

The trip to Ottawa was beautiful, but nothing compares to the eight step locks we transited at Ottawa.  The locks lifted us over one hundred feet in to down town Ottawa at the Parliament buildings.  I don’t think, in all of our travels over the world, we have seen more beautiful buildings. 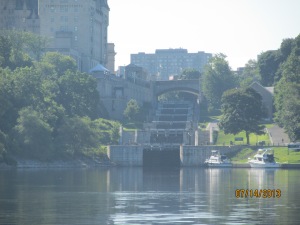 Tom and Mango waiting to lock thru 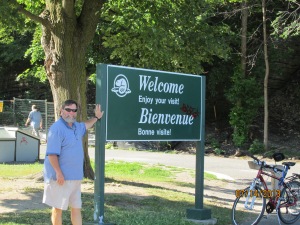 They welcomed us to Ottawa

We tied up in downtown Ottawa, which was operated by the National Park Service. There was no charge to tie up since we had bought a canal pass so we only paid $9:00 for electricity.  woop woop

2 thoughts on “Montreal to Ottawa”